Lorraine Gamman: If Looks Could Kill -- On gangster suits and silhouettes

If Looks Could Kill: On gangster suits and silhouettes
by Lorraine Gamman
Moving Image Source

This article is written as a sequel (in two parts). The first part focuses on the modern gangster silhouette and offers reflections on the meaning of the narcissistic aspect of menacing men and their suits. The second part looks at the HBO TV series The Sopranos (1999-2007), and asks why it features so many representations of fat Mafia men who don't always look their best, even when fully tailored. It also examines the postmodern and melancholic implication of The Sopranos' crime, and consumer as well as clothing narratives.

Gangster films are about looks—they are about making the spectator desire what the gangster possesses.
-- Stella Bruzzi1 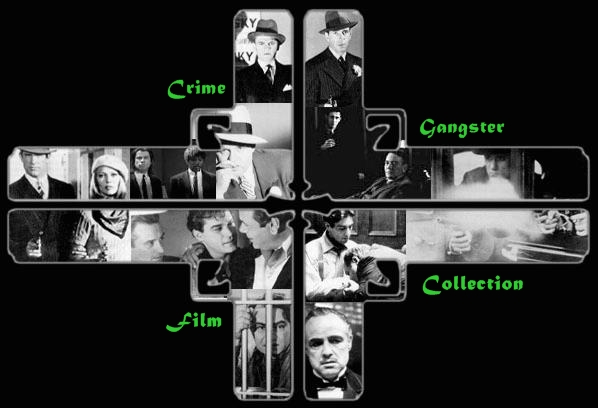 James Cagney, Edward G. Robinson and Humphrey Bogart are movie stars who clearly knew how to wear a suit. In Saturday afternoon repeats of films like Little Caesar (Mervyn Le Roy, 1931), "G" Men (William Keighly, 1935), The Amazing Dr. Clitterhouse (Anatole Litvak, 1938), or Rod Steiger in Al Capone (Richard Wilson, 1959) and Ray Danton in The Rise and Fall of Legs Diamond (Budd Boetticher, 1960), movie gangsters reveal a narcissistic preoccupation with clothing, and in the way they link violence and vanity, they often operate to glamorize menace. The suits in gangster movies also help the actors cast a spell over the audience.2 Many of these films provide accounts of American back-street kids who made it to the top of the underworld only to be transformed into suit-wearing "Spivs" who receive their just deserts in the end. All the American actors who have played Al Capone, notably Jason Robards in The St Valentine's Day Massacre (Roger Corman, 1967), share this quality, as do British 1960s fictional villains such as Michael Caine in Get Carter (Mike Hodges, 1971) or Richard Burton as Vic Dakin in Villain (Michael Tuchner, 1971). So why has the suit, "the whole range of tailored jackets, trousers, waistcoats, overcoats, shirt and neck-ties that make up the standard masculine civil costume all over the world,"3 lasted as a clothing style for such a long time? And why is the modern suit—often irritatingly "perfect" in its presentation—adopted by gangster movie icons?

All the classic gangster films feature forceful masculine figures: lean and mean in tight-fitting tailoring (two-tone or occasionally Savile Row suits). They entertain us by violating the law (and/or prevailing social morality) whilst remaining good-looking and sartorially special, if not always good-hearted. Stella Bruzzi's useful analysis reviews the different ways in which European and American gangster films engage with masculine archetypes and male narcissism. She argues that "vanity in a man came to signify evil and degeneracy (the most obsessively narcissistic gangster is often the most violent)."4 On the subject of their suits, from Cagney's double breasted look to Caine's single-buttoned, high-lapelled 1960s look, they operate to repress almost everything of the man, back behind the defensible lines of the image and also of the tailoring. Even in the more obviously dated Al Capone hats, spats and double-breasted jackets, featured in the TV series The Untouchables (1959-63), where the Spivs are hounded by the svelte waistcoated Eliot Ness, gangster movies seem to use the suit as a boundary that marks the "defensible space" of the body in the way that Oscar Newman used the term to describe both real and symbolic boundaries of architecture.5 Melodramatic alpha-male anti-heroes—and the violent ones too—are clearly transformed when the tailoring works. Even gangster movies that end with moral tales against lives of crime often cannot get the message across, because plot lines do not contain or override the powerful symbolic meanings of the glamorous suits onscreen that the guys lived for—and often died in. As Robert Elms has pointed out, "preposterously expensive tailor-made suits appear to have some sort of alchemical ability."6 The reason so many gangsters wear them in the movies may also be aimed at using the magic of tailoring to block the penetration of the onscreen hostile gaze—a point I shall return to.