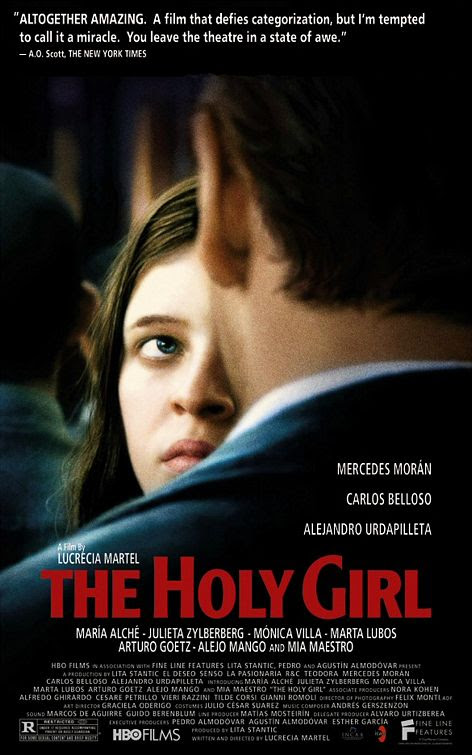 In his film sound manifesto, sound designer Randy Thom calls for films to be “designed for sound,” that is, to be conceived of aurally as well as visually. Rather than thinking of good sound as an add-on or as an effect at the service of the visual, Thom proposes that directors consider sound an “active agent,” one whose presence interacts with and therefore changes other elements of the film. In his words:

"What I propose is that the way for a filmmaker to take advantage of sound is not simply to make it possible to record good sound on the set, or simply to hire a talented sound designer/composer to fabricate sounds, but rather to design the film with sound in mind, to allow sound’s contributions to influence creative decisions in the other crafts."

While he gives examples as varied as Citizen Kane, Raging Bull, Eraserhead, The Elephant Man, Never Cry Wolf and Once Upon a Time in the West as films that were “thoroughly ‘sound designed,’ though no sound designer was credited on most of them,” Thom also theorizes more broadly what his ideal “aurally conceived” film would look like. Principally, a film that was “written for sound” would tell the story more-or-less through the point of view of one or more of the characters; have locations and sets which encourage sound as a player; and avoid non-stop dialogue. Thom then suggests a number of visual techniques that “starve the eye” and might heighten sound, allowing for sound to be part of the seduction of storytelling.

Reading this manifesto shortly after seeing Lucrecia Martel’s La niña santa (The Holy Girl, 2004),[1][open endnotes in new window] I was struck how her films answer Thom’s call for “aurally conceived cinema.” Here is a filmmaker who makes truly “audio-visual” cinema. Unlike those of many of her contemporaries, her soundtracks are not suffused with loud music and bone-rattling effects, yet sound stands out in her films. Her stunning first feature, La Ciénaga (The Swamp, 2001) tells the story of two families, one upper class and in decline, the other middle class and harried, and through them builds a devastating portrait of life in the Argentine provinces. The film is autobiographical in many ways. It is almost as if she had closed her eyes to remember the sounds of her childhood, so prominent, detailed and realistic is the soundscape. She herself has argued that its

“sound display […] defines a very profound thing of the film. Because, in the cinema, you might close your eyes, but you can’t stop listening” (qted in Martín Morán, 235).

Martel's next film, La niña santa, deals with the confused sexual awakening of adolescent girls. Much of the film foregrounds environment, especially the provincial hotel in which it takes place; and the film's spaces and drama are largely delineated in audio terms. This is not to attribute either films’ effects completely to sound aesthetics, of course — the heightening of ambiguity, for example, is a hallmark of the art cinema to which Martel's cinema belongs — but it does explain some peculiarities of Martel’s film style.[2] Her films contain all the elements outlined by Thom, and then some. Limited point of view, carefully chosen locations, the use of close-ups and other means of what Thom advocates as “starving the eye,” characterize her features. In La ciénaga the precise manipulation of noise displaces dialogue in many instances and takes over many of the functions of a musical score, immersing the spectator in the life of the film's dysfunctional extended family while excluding her at the same time. La niña santa thematizes and visualizes sound as well, placing the question of sound at the heart of the screenplay and images. In the pages that follow I explore the mechanisms and effects of Martel’s soundtracks with an eye to demonstrating the originality of her sonic imagination by making comparisons with the conventions of film sound.

To understand this originality, it is important to place Martel's work in the context of the New Argentine Cinema, alongside filmmakers such as Martin Rejtman, Adrián Caetano, Pablo Trapero, Daniel Burman, to name the best-known. Her work emerges from this fervor of filmmaking that renewed Argentine cinema, and she is at once representative and exceptional within it. The New Argentine Cinema is[3] less a movement than a generational shift that was facilitated by a boom of new film schools ,[4] the passing of the “Cinema law” which allowed for the recovery of some production costs, as well as the rebirth of film journals.[5] All of this took place during and after the economic crisis that devastated the middle class. In some sense, the crisis helped inspire the boom, as middle class youth who might have studied medicine or law decided that if these professions offered no shelter from the storm, they might as well do what they loved. 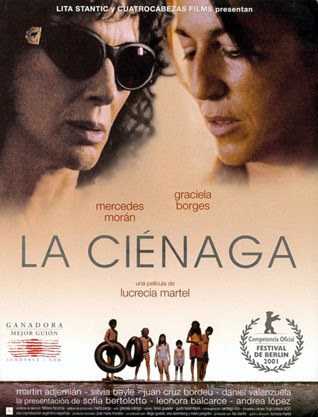 Posted by Michael Benton at 9:09 AM