[MB - Liberal journalist Chris Hedges, who I have read since War is a Force That Gives Us Meaning (2002), has written a critique of his understanding of what he sees as a "black bloc movement" in "Black Bloc: The Cancer in Occupy. I can understand his support of non-violent resistance as a tactic, even as I am stunned by his willful ignorance of all successful social movements as incorporating multiple tactics and multiple groups. What is most egregious though is his complete lack of understanding of the topic he wishes to critique and his continuing defense of his ignorance. There is no such thing as a "black bloc movement," black blocs are a diverse range of protest tactics that are used around the world by many different resistance groups. AK Press' blog Revolution by the Book has been posting responses and an early one that successfully encapsulated Hedges absurdities is Don Gato's "To Be Fair, He Is a Journalist: A Short Response to Chris Hedges on the Black Bloc". J.A. Myerson, at TruthOut, attempted to clear some space in an interview to allow Hedges to reconsider his earlier misinformed statements: Interview with Chris Hedges about Black Bloc. Instead of taking some time to consider his rushed attempt to critique a mythical monster called the "black bloc" Hedges continued to paint himself into a corner and provided us all with a lesson in inadequate research for presenting an argument and how intelligent people can easily fall prey to media myths (in this case those of Anarchists). He sought out singular voices that are not representational of anything he is attempting to create and then attempted to take these single voices to distort a tactic used worldwide by many resistance groups. With all of this in mind I would like to turn to the Anthropologist David Graeber's response to Chris Hedges.)

I am writing this on the premise that you are a well-meaning person who wishes Occupy Wall Street to succeed. I am also writing as someone who was deeply involved in the early stages of planning Occupy in New York.

I am also an anarchist who has participated in many Black Blocs. While I have never personally engaged in acts of property destruction, I have on more than one occasion taken part in Blocs where property damage has occurred. (I have taken part in even more Blocs that did not engage in such tactics. It is a common fallacy that this is what Black Blocs are all about. It isn’t.)

I was hardly the only Black Bloc veteran who took part in planning the initial strategy for Occupy Wall Street. In fact, anarchists like myself were the real core of the group that came up with the idea of occupying Zuccotti Park, the “99%” slogan, the General Assembly process, and, in fact, who collectively decided that we would adopt a strategy of Gandhian non-violence and eschew acts of property damage. Many of us had taken part in Black Blocs. We just didn’t feel that was an appropriate tactic for the situation we were in.

This is why I feel compelled to respond to your statement “The Cancer in Occupy.” This statement is not only factually inaccurate, it is quite literally dangerous. This is the sort of misinformation that really can get people killed. In fact, it is far more likely to do so, in my estimation, than anything done by any black-clad teenager throwing rocks.

Let me just lay out a few initial facts:

1. Black Bloc is a tactic, not a group. It is a tactic where activists don masks and black clothing (originally leather jackets in Germany, later, hoodies in America), as a gesture of anonymity, solidarity, and to indicate to others that they are prepared, if the situation calls for it, for militant action. The very nature of the tactic belies the accusation that they are trying to hijack a movement and endanger others. One of the ideas of having a Black Bloc is that everyone who comes to a protest should know where the people likely to engage in militant action are, and thus easily be able to avoid it if that’s what they wish to do.

2. Black Blocs do not represent any specific ideological, or for that matter anti-ideological position. Black Blocs have tended in the past to be made up primarily of anarchists but most contain participants whose politics vary from Maoism to Social Democracy. They are not united by ideology, or lack of ideology, but merely a common feeling that creating a bloc of people with explicitly revolutionary politics and ready to confront the forces of the order through more militant tactics if required, is, on the particular occasion when they assemble, a useful thing to do. It follows one can no more speak of “Black Bloc Anarchists,” as a group with an identifiable ideology, than one can speak of “Sign-Carrying Anarchists” or “Mic-Checking Anarchists.”

3. Even if you must select a tiny, ultra-radical minority within the Black Bloc and pretend their views are representative of anyone who ever put on a hoodie, you could at least be up-to-date about it. It was back in 1999 that people used to pretend “the Black Bloc” was made up of nihilistic primitivist followers of John Zerzan opposed to all forms of organization. Nowadays, the preferred approach is to pretend “the Black Bloc” is made up of nihilistic insurrectionary followers of The Invisible Committee, opposed to all forms of organization. Both are absurd slurs. Yours is also 12 years out of date.

4. Your comment about Black Bloc’ers hating the Zapatistas is one of the weirdest I’ve ever seen. Sure, if you dig around, you can find someone saying almost anything. But I’m guessing that, despite the ideological diversity, if you took a poll of participants in the average Black Bloc and asked what political movement in the world inspired them the most, the EZLN would get about 80% of the vote. In fact I’d be willing to wager that at least a third of participants in the average Black Bloc are wearing or carrying at least one item of Zapatista paraphernalia. (Have you ever actually talked to someone who has taken part in a Black Bloc? Or just to people who dislike them?)

5. “Diversity of tactics” is not a “Black Bloc” idea. The original GA in Tompkins Square Park that planned the original occupation, if I remember, adopted the principle of diversity of tactics (at least it was discussed in a very approving fashion), at the same time as we all also concurred that a Gandhian approach would be the best way to go. This is not a contradiction: “diversity of tactics” means leaving such matters up to individual conscience, rather than imposing a code on anyone. Partly,this is because imposing such a code invariably backfires. In practice, it means some groups break off in indignation and do even more militant things than they would have otherwise, without coordinating with anyone else—as happened, for instance, in Seattle. The results are usually disastrous. After the fiasco of Seattle, of watching some activists actively turning others over to the police—we quickly decided we needed to ensure this never happened again. What we found that if we declared “we shall all be in solidarity with one another. We will not turn in fellow protesters to the police. We will treat you as brothers and sisters. But we expect you to do the same to us”—then, those who might be disposed to more militant tactics will act in solidarity as well, either by not engaging in militant actions at all for fear they will endanger others (as in many later Global Justice Actions, where Black Blocs merely helped protect the lockdowns, or in Zuccotti Park, where mostly people didn’t bloc up at all) or doing so in ways that run the least risk of endangering fellow activists.

To Read the Rest of the Response 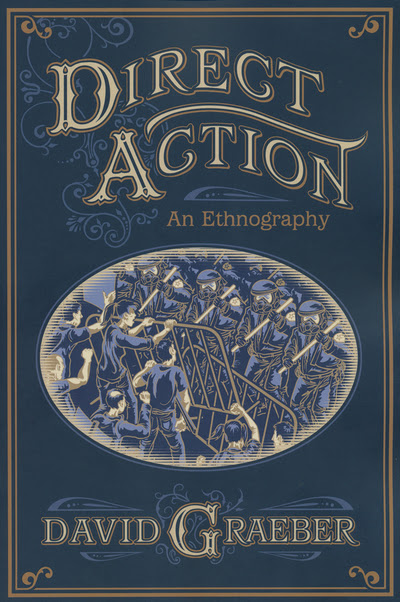 "Hedging Our Bets on the Black Bloc: the Impotence of Mere Liberalism" by Zakk Flash (Infoshop)

"How to Change a System: Occupy and the Question of Non-Violence (Making Contact)
Posted by Michael Benton at 6:16 PM