Julian Assange: The Banality of ‘Don’t Be Evil’ 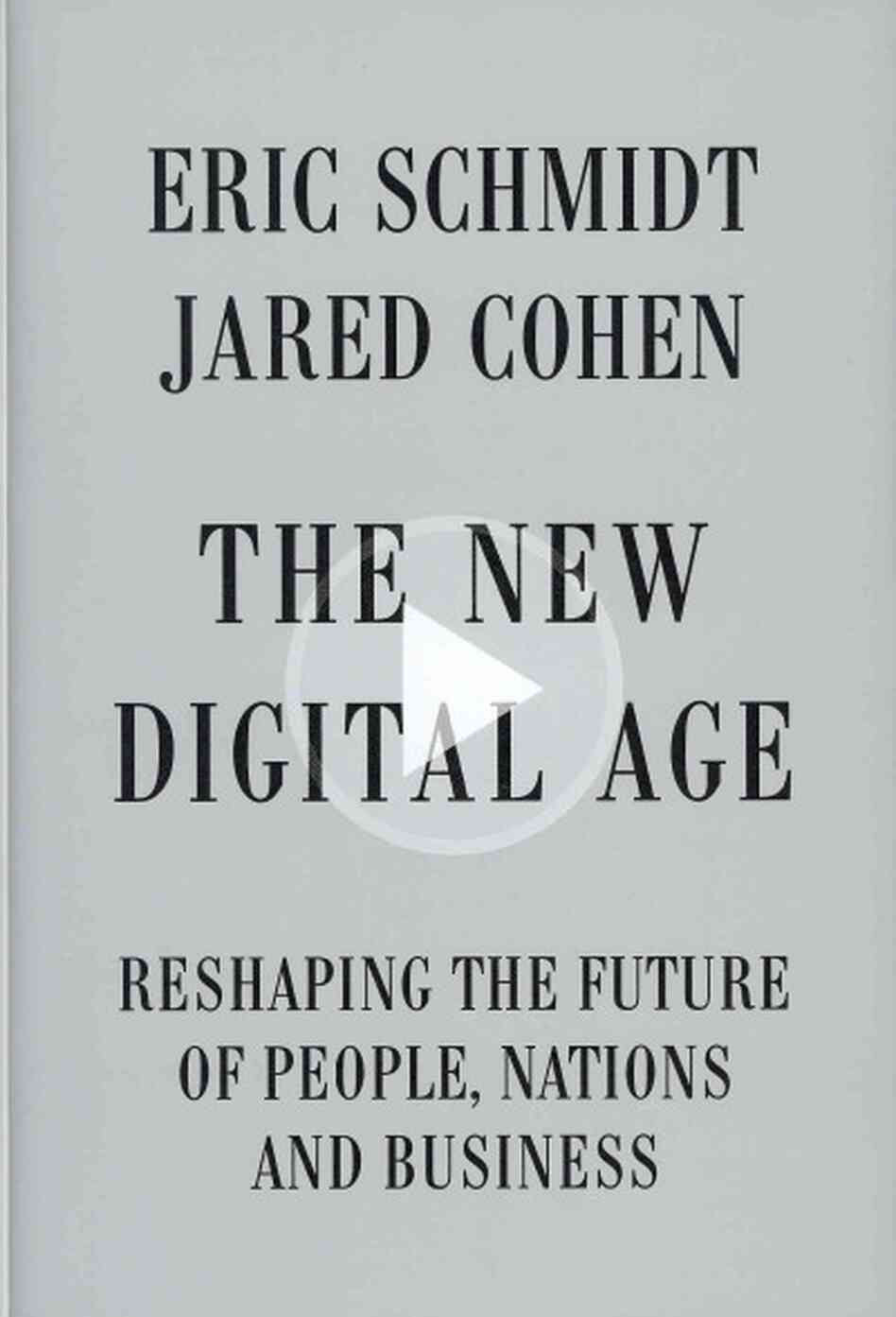 “THE New Digital Age” is a startlingly clear and provocative blueprint for technocratic imperialism, from two of its leading witch doctors, Eric Schmidt and Jared Cohen, who construct a new idiom for United States global power in the 21st century. This idiom reflects the ever closer union between the State Department and Silicon Valley, as personified by Mr. Schmidt, the executive chairman of Google, and Mr. Cohen, a former adviser to Condoleezza Rice and Hillary Clinton who is now director of Google Ideas.

The authors met in occupied Baghdad in 2009, when the book was conceived. Strolling among the ruins, the two became excited that consumer technology was transforming a society flattened by United States military occupation. They decided the tech industry could be a powerful agent of American foreign policy.

The book proselytizes the role of technology in reshaping the world’s people and nations into likenesses of the world’s dominant superpower, whether they want to be reshaped or not. The prose is terse, the argument confident and the wisdom — banal. But this isn’t a book designed to be read. It is a major declaration designed to foster alliances.

“The New Digital Age” is, beyond anything else, an attempt by Google to position itself as America’s geopolitical visionary — the one company that can answer the question “Where should America go?” It is not surprising that a respectable cast of the world’s most famous warmongers has been trotted out to give its stamp of approval to this enticement to Western soft power. The acknowledgments give pride of place to Henry Kissinger, who along with Tony Blair and the former C.I.A. director Michael Hayden provided advance praise for the book.

In the book the authors happily take up the white geek’s burden. A liberal sprinkling of convenient, hypothetical dark-skinned worthies appear: Congolese fisherwomen, graphic designers in Botswana, anticorruption activists in San Salvador and illiterate Masai cattle herders in the Serengeti are all obediently summoned to demonstrate the progressive properties of Google phones jacked into the informational supply chain of the Western empire.

The authors offer an expertly banalized version of tomorrow’s world: the gadgetry of decades hence is predicted to be much like what we have right now — only cooler. “Progress” is driven by the inexorable spread of American consumer technology over the surface of the earth. Already, every day, another million or so Google-run mobile devices are activated. Google will interpose itself, and hence the United States government, between the communications of every human being not in China (naughty China). Commodities just become more marvelous; young, urban professionals sleep, work and shop with greater ease and comfort; democracy is insidiously subverted by technologies of surveillance, and control is enthusiastically rebranded as “participation”; and our present world order of systematized domination, intimidation and oppression continues, unmentioned, unafflicted or only faintly perturbed.

The authors are sour about the Egyptian triumph of 2011. They dismiss the Egyptian youth witheringly, claiming that “the mix of activism and arrogance in young people is universal.” Digitally inspired mobs mean revolutions will be “easier to start” but “harder to finish.” Because of the absence of strong leaders, the result, or so Mr. Kissinger tells the authors, will be coalition governments that descend into autocracies. They say there will be “no more springs” (but China is on the ropes).

To Read the Rest
Posted by Michael Benton at 8:16 AM