A. Loudermilk: Last to Leave the Theater

Last to Leave the Theater: Sissy Spectatorship of Stalker Movies and the "Final Girls" Who Survive Them
by A. Loudermilk
Bright Lights Film Journal 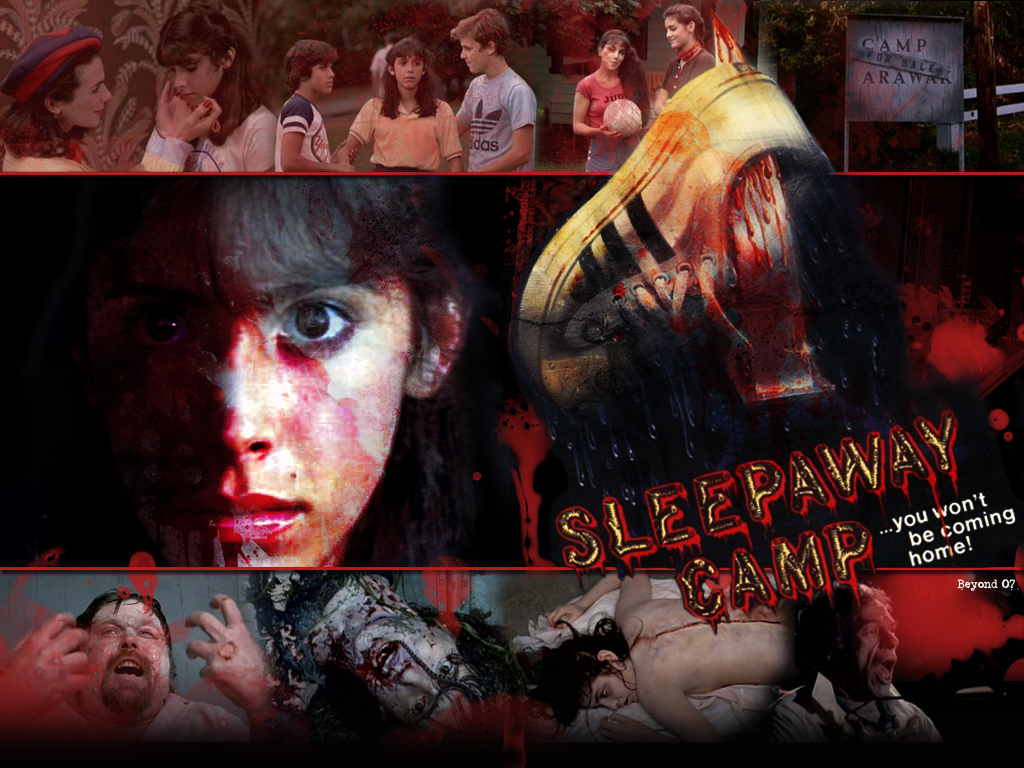 She's a virgin who won't get stoned (Sleepaway Camp II). She does get stoned and plays strip Monopoly (Friday the 13th). She's not a virgin and wears a tie (April Fool's Day). She's a pregnant sorority sister holding tight to her little gold cross (Black Christmas). She's teacher's pet and basketball star (Slumber Party Massacre). She's prom queen, head of dance club and all-around athlete (Prom Night). Yet she wasn't invited to an important party (Happy Birthday to Me). She knows how to fix a car and disparages capitalism (Hell Night). She's majoring in psychology (Friday the 13th II). She's a divorcee who writes an advice column (Schizoid). She's a naval officer with a mysterious position overseas (Graduation Day). She's the one who says, "We're supposed to be mature adults" (House on Sorority Row). She's the one who says, "We should be prepared to fight" (Hide and Go Shriek). She's the one who says, "I'll put the gun down when the police get here" (Hard to Die). In order to protect herself, she pulls the Stalker's knife from a dead friend's back (Friday the 13th III). "I don't feel any safer here with you," she weighs her options: "I can run cross-country. I'll get to the highway and call for help" (Blood Sisters). She drags herself down corridors to save herself from the Stalker (Halloween II). She saves herself and her wounded boyfriend from the Stalker (Mutilator). She's not the Stalker though she seemed to be the Stalker (Curtains; Nail Gun Massacre). She is the Stalker (Night School) and not exactly a girl (Sleepaway Camp). She's upset about forgetting her chemistry book (Halloween).

Since Tobe Hooper's The Texas Chain Saw Massacre (1974) and John Carpenter's Halloween (1978), the survivor figure in horror has been female. "We belong in the end to the Final Girl," declares film theorist Carol Clover in her groundbreaking book Men, Women, and Chainsaws (1992). Clover refers to the Final Girl as a "victim-hero," a character who shifts between these traditionally gendered roles — increasingly toward the masculine (in her argument) as the story culminates. A smart and observant girl who either fights off the killer long enough to be rescued or kills the killer herself, the Final Girl is not typically feminine in her interests/skills, experiences an apartness from other girls, and possesses an active gaze that registers signs of danger others ignore (35, 39-40, 44, 48). For instance Halloween's Laurie (Jamie Lee Curtis), teased by her sex-obsessed peers as the bookish virgin1 who doesn't date, is first to see the blankly masked man watching from the hedges.

In the opening scene of the original Night of the Living Dead (1968), one now might spot Barbara as Final Girl. Director George Romero positions us to identify with Barbara more so than her brother who jokes about the strange man in the cemetery who's "coming to get her." He is coming — to get both of them. While her paranoia saves her, her brother's flippancy gets him killed. After Barbara's initial ingenuity evading the zombie, alas, she goes catatonic and a male character assumes the hero role. For Tom Savini's 1990 remake of Night of the Living Dead, scriptwriter Romero, responding to feminist criticism of Barbara's hysterical passivity, revises her as Final Girl. She is now "an active, assertive character, not only within the diegesis but as a narrative agent as well." In other words, according to Barry Keith Grant's essay "Taking Back the Night of the Living Dead" (1992), she not only takes action to save herself in the story, those actions impact the direction, outcome, and meaning of the story (200).

At large in horror, a revision of the damsel as survivor marks a new era for the genre, and much has been written about it. What's yet to be addressed, though, is a specifically "sissy spectatorship" of the Final Girl during an era of intense homophobia and misogyny. I grew up with the Final Girl, or maybe I should say that I grew up with the genre fans who primarily witnessed the Final Girl. And I want to embrace fan subjectivity to help elucidate my own queer relationship with horror as framed by the straight audience I sat with. To come back, ultimately, to the very theater in which I sat — watching and being watched.