Darren Tofts: In My Time of Dying -- The Premature Death of a Film Classic

In My Time of Dying: The Premature Death of a Film Classic
by Darren Tofts
LOLA 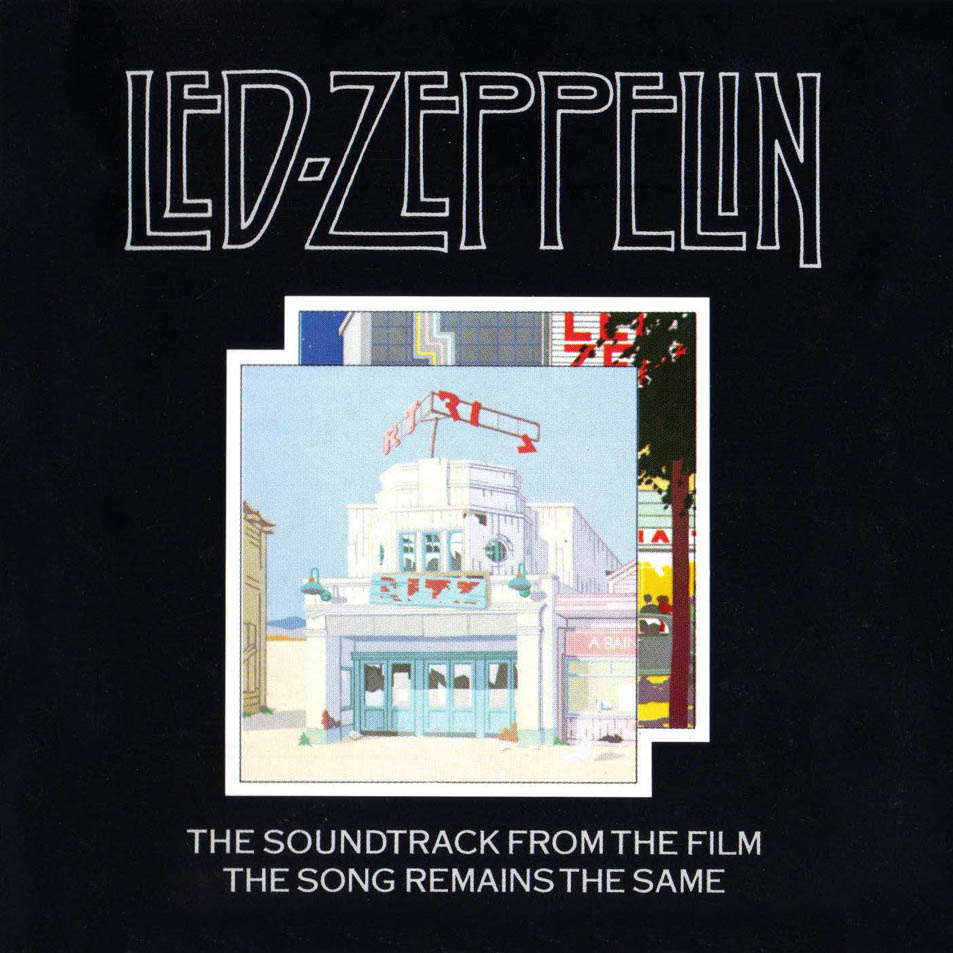 The concept to make a feature film that captured the energy of a Zeppelin live performance emerged during the band’s historic 1973 US tour. Peter Whitehead’s and Stanley Dorfman’s film of Led Zeppelin’s 1970 concert at the Royal Albert Hall dramatically revealed how powerful, even on film, Led Zeppelin were in performance; it had whet many appetites, so expectations were high when American director Joe Massot convinced Peter Grant to engage his services. Apart from the usual challenges associated with any film project, particularly one that involves shooting live footage, Massot’s greatest problem was having to deal with Peter Grant and Led Zeppelin. ‘Problematic’ hardly captures the fraught nature of his attempts to engage his employers to co-operate with a project to which, by the time filming was to start, they seemed entirely indifferent.

Massot’s idea was to shoot the offstage interludes in 16mm and the concert footage in 35mm, to contrast and showcase the spectacle of the performance. He succeeded in capturing footage from three out of five shows in July 1973 at Madison Square Garden in New York , in order to select the best performances of each of the thirteen songs to create the impression of a complete show. Later in the year he followed the band to England to shoot establishing shots of the band at their respective homes before being sacked by Led Zeppelin’s management on the grounds that, in Peter Grant’s word, ‘it wasn’t really what we had intended’. (9) With the project in complete disarray, Australian director Peter Clifton, while in transit to Jamaica to make a film about reggae, received the summons from Grant to drop everything and salvage the film. His first words to his new employers, having assessed the raw footage shot by Massot, were not encouraging: ‘We need to re-shoot the show’. (10) And this is where things really get fucked up.

‘None of the material ... actually created sequences’, Clifton advised Grant. (11) Problems of continuity in terms of cutaways and establishing shots were compounded by gaps and missing verses in particular songs (there was no complete version of the climactic ‘Whole Lotta Love’, for instance). And despite Massot’s explicit instructions, John Paul Jones neglected to wear the same clothes on each of the nights that were to be filmed. Clifton’s solution was to suggest the ultimate imposture when it comes to live concert footage: re-stage the entire Madison Square Garden set at Shepperton Studios in Surrey and film it in its totality.

Now let’s just pause for a moment. We’re talking about a band that observed strict principles of integrity to preserve the purity of their music. They never gave interviews nor advertised their concert dates and had resisted frequent offers to appear on Top of the Pops on the grounds that they would have to mime to their own songs. Now here they are in 1974, at the height of their powers and on the verge of releasing their monumental Physical Graffiti double album, acquiescing to Clifton’s suggestion that the only way to save The Song Remains the Same is to play along to pre-recorded songs from the New York gigs in a fabulatory performance of a consistent and complete concert; what music journalist Cameron Crowe would refer to as the ‘total event’ in his liner notes to the film’s soundtrack LP. Clifton attempted to sell this act of creative deceit to the band: ‘If you are prepared to take the bits of Madison Square Garden including a couple of incredible action shots, I’ll play you the soundtracks, project the bits on a huge screen in front of you and we’ll put the cameras between you and the screen. When the shots come on, the soundtrack will be right, you’ll play along and I’ll shoot again’. (12)

So, in secrecy worthy of a le Carré novel, Led Zeppelin played alongside their filmic avatars as the ultimate cover band. Only coming to light in recent years, this is surely the most closely guarded fraud of the twentieth century, with the possible exception of the television coverage of the landing on the Moon in 1969 and the Zapruder film of the assassination of John F. Kennedy. In a recent interview in Uncut magazine, Jimmy Page fessed up that ‘I’m sort of miming at Shepperton to what I’d played at Madison Square Garden, but of course, although I’ve got a rough approximation of what I was playing from night to night, it’s not exact. So the film that came out in the ‘70s is a bit warts-and-all’. (13) However, when you watch the film there is a curious sequence in the Theremin interlude in ‘Whole Lotta Love’ that features mirror images of both Page and Plant as if they are copying themselves.

Who knows if this is simply a happy accident or an embedded clue for hermeneutic posterity, akin to the myriad leitmotifs and enigmas that James Joyce wove into the deeply nuanced texturality of Ulysses; a formalist sublime that the author himself asserted was designed to ‘keep the Professors busy for centuries’.

Sixteen years after Zeppelin performed to Zeppelin, Milli Vanilli were forced to return their Best New Artist Grammy for lip-synching to themselves the year before. One wonders what Jorge Luis Borges, the grand master of the hyperreal, would have made of Zeppelin’s charade, for surely it would have been for him the most sublime inversion of his notion of exactitude in science, whereby the territory would now completely cover the map. Kathleen Carroll, reviewing the film in the New York Daily News, was clearly not fooled by the deception, referring to the film as ‘a hopelessly pretentious piece of trash ... in what is laughably called a performance’. (14)

The manufacturing of illusion within the film also extended beyond the on-stage performances. The dramatic sequence of the band disembarking from their jet straight into a police escorted convoy of Limos that whisks them to Madison Square Garden was filmed in Pittsburgh the week before. And if all that fakery was not enough, it was once again the bassist, for the nth time in the history of rock, who was the odd man out and threatened to blow the conceit. John Paul Jones had recently cut his hair and was forced to wear a wig to resemble the way he looked a year ago. If you watch ‘Whole Lotta Love’ closely you can see the rug in all its glory. How do the lyrics go again? Something about ‘baby, I’m not foolin’’?

The quote from Ecclesiastes that prefaces Jean Baudrillard’s Simulations may well be a fitting epitaph for The Song Remains the Same: ‘The simulacrum is never that which conceals the truth – it is the truth which conceals that there is none’. (15) But it is also apposite to Jimmy Page’s remastered edition of the film in surround sound that was released in November 2007. A variation on the Director’s Cut genre of DVD, this version of the film was especially notable for the high quality of its sound; the surround sound mix was designed to generate a greater sense of immersive presence for the home theatre experience. In fact this version of the film is the first time in its history that the soundtrack and the images were correctly synched. (16) It was this achievement of situating the listener in the crowd at the concert, ‘from the ultimate vantage point’, that Cameron Crowe argued was the singular experience of the original vinyl LP.