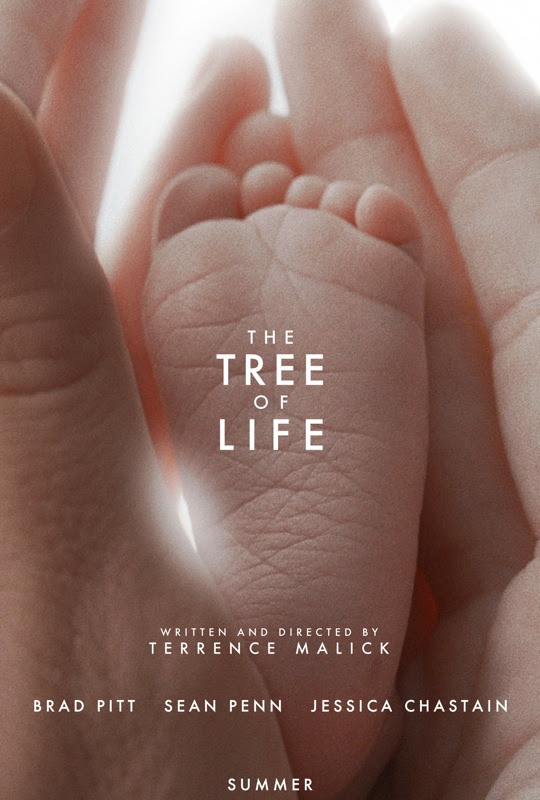 Probably no one is currently contemplating a movie version of Some Problems of Philosophy, but Terrence Malick is the rare contemporary filmmaker I can imagine being drawn to the idea—not because he studied with Stanley Cavell at Harvard and has published a translation of Heidegger’s The Essence of Reasons, but because in all his five films and most especially the latest, The Tree of Life, he seems determined to turn narrative movies into vehicles for posing unanswerable metaphysical questions, not in words but in the quite distinct language of cinema.

In the same way that William James applies the tensile force of his logical prose toward the evocation of an imperceptible bridge beyond logic that must, somehow, be there, Malick has continued to muster the resources of film toward embodying what cannot actually be embodied. He wants to make film do what it is least able to do. Not content with showing how the world looks, he wants to show how it is experienced from the inside, even if that inside story can only be suggested through the cunning deployment of “this very thing”: this door closing, this muttered banality, this drowned body floating in a swimming pool, this wounded dinosaur, this erupting volcano, this suburban backyard, this face averted to avoid looking at another face. What he hopes to arrive at through the splicing together of such elements is something as unresolved as the stares of James’s philosophers: a suite of widescreen open questions.

The dialogue track of The Tree of Life swarms with questions, right from the start. The drifting, pleading voice-overs that provide the ground bass of The Tree of Life are not far in spirit from James’s list of “various obscure, abstract, and universal questions which the sciences and life in general suggest but do not solve,” any one of which might provide a convenient point of entry to a viewing of Malick’s film:

What are “thoughts,” and what are “things”? and how are they connected?… Is there a common stuff out of which all facts are made?… Which is the most real kind of reality? What binds all things into one universe?

The film’s portentous epigraph is the grandest question of all, God’s challenge to Job—”Where wast thou when I laid the foundations of the earth?”—the ultimate instance of answering a question with a question. Malick has never shied from grandiosity, and in The Tree of Life more than ever before he risks the humorless and overblown. Into what might in other hands have been the small-scale, melancholy tale—too elliptical even to be called a tale—of the not unusually eventful childhood of a boy in Texas, his two brothers, and his father and mother, he has managed to incorporate the creation of the universe, the origins of life on earth, the age of dinosaurs, and the prospect of future dissolution, with musical accompaniment by the powerful tonalities of Berlioz’s Requiem Mass. But he has made an audacious and magnificent film.

The extreme variations of scale are no afterthought in Malick’s scheme. To show the world in a grain of sand he must first establish what the world is. So he will walk us through the stages and conditions and outer boundaries of human existence, provide a basic introduction to annihilating and fecundating cosmic forces, move freely back and forth in time for lingering glances at birth and death and family and memory as if they were only marginally familiar phenomena, as if no one had ever done any of this before, in a movie at least—and indeed who ever did in quite this head-on fashion? He manages to make childhood (and The Tree of Life is beyond anything else a movie descriptive of childhood) seem a somewhat neglected condition, deserving of reexamination. He is continually trying out different ways of representing acts of perception: the perspective of a child looking up at the adult world, or looking down from some hidden perch, the abrupt rhythm of a child looking quickly at some terrifying outburst of adult anger and then looking away, the sheared-off gaps in editing that can mark a moment as a fresh eternity disconnected from what preceded it.


Bellamy, Jason and Ed Howard. "Conversations: Terrence Malick, Part One. The House Next Door (May 28, 2011)