There is a scene at the end of Claire Denis's Chocolat in which three African men, working at an airport in Cameroon, load luggage into the belly of a plane. They ride the luggage cart out to a far end of the airport for a smoke break, chatting all the while. The camera shoots them from some remove, slowly moving in to a tighter shot as they take refuge from the ensuing rain under an overpass. One man takes a leak, and they all continue talking, but we don’t hear their conversation above the sound of Abdullah Ibrahim's smooth, buoyant afro-jazz score.

Chocolat was Denis's first film, and as such is often regarded as atypical of her work generally, but this scene falls in line with many similar final scenes in the films of her subsequent career. Nearly always slightly distanced from, if not completely unmotivated by, the foregoing narrative, sequences such as these seem to suggest a kind of liberation from the often violent emotional and sexual tension that precedes them. They suggest something—a sensibility, an emotion, a persistent narrative line—that the limited film narrative cannot itself fully contain or account for: Alice Houri's plaintive enjoyment of a salvaged cigarette butt in Nénette et Boni; Denis Lavant's superlative solo dance to Corona's “Rhythm of the Night” in Beau travail; Béatrice Dalle's euphoric dogsled ride in L'Intrus. In this light, Chocolat is not atypical of Denis at all, and its final sequence presages many such scenes in the director's later work.

This finale is notable also for its resemblance to the work of another filmmaker: Jim Jarmusch. The trio of men, the laid-back camaraderie, the cool, casual laziness of everyday life made meaningful with just the right music: transported to Louisiana and transposed to black-and-white with audible dialogue, this could easily be one of many similar, lengthy sequence shots from Jarmusch's Down by Law, the direction of which Denis assisted only two years earlier.

For those interested in Denis's work, the approximate fifteen-year period of her career when she worked as an assistant director prior to her directorial debut, is particularly useful for both its length and its pedigree. Born in France and raised partly in Africa, Denis enrolled (encouraged by her then husband, a photographer) in IDHEC (Institut des hautes études cinématographiques—now La Fémis—France's prestigious film school) in 1972, learning filmmaking in a milieu freshly galvanized by the events of May ’68. But though only a couple of weeks younger than Philippe Garrel—who was directly inspired by the Nouvelle Vague, active as a filmmaker since the age of sixteen, and already a celebrity in left-wing film circles of IDHEC for his political action and association with Godard—Denis would not make Chocolat until she was about 40. After IDHEC, Denis worked mostly in the coming decades under directors as diverse and variously integral to international cinema as Dušan Makavejev, Jacques Rivette, Costa-Gavras, and, most importantly, Jarmusch and Wim Wenders. Her prolonged period alongside these filmmakers makes for an impressive resume all its own, even if many of her contemporaries were at the same time busy directing their own films.

Denis's illustrious early career is invariably noted in biographical summaries and interviews with the director, and while some influence from those filmmakers upon her later style and (especially) production model is all but inevitable, the act of tracing the impact of this period on Denis's films is a highly speculative exercise. While the director herself acknowledges a great personal and professional debt to many of them, she nonetheless denies any specific influence. (“I do it my own way,” she said in an interview in 2003. “What Jim and Wim do is so special, and what is good for them is only good for them.”) Although the aesthetic genealogy of a filmmaker's work cannot be established with any certainty, the specific case of Claire Denis offers unique insights into the highly volatile period of European cinema of the Seventies and Eighties. What I propose, then, is a form of speculation that is wild, if not quite idle, providing resonance and background to the development of a highly sophisticated cinematic style that both embraces and departs from Denis's predecessors. 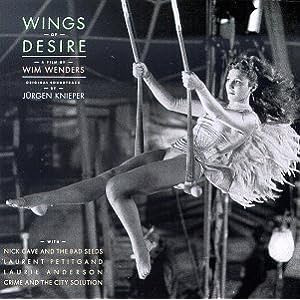 Posted by Michael Benton at 9:22 AM