The Downside of Torture

Besides the moral opprobrium that the practices brought upon the United States, the CIA’s use of torture alienated many Muslims who otherwise would have felt no sympathy for Islamic extremists. For example, U.S. military interrogators report that the vast majority of jihadists who came to fight against U.S. forces in Iraq were motivated by the disclosures about torture at Abu Ghraib and Guantanamo.

FBI interrogators also have said their rapport-building techniques with an early detainee, logistics specialist Abu Zubaydah, were succeeding in eliciting important information from him before the CIA interrogators arrived and insisted on applying their brutal methods.

Author Jane Mayer in her book The Dark Side writes that the two FBI agents, Ali Soufan and Steve Gaudin, “sent back early cables describing Zubayda as revealing inside details of the [9/11] attacks on New York and Washington, including the nickname of its central planner, ‘Mukhtar,’ who was identified as Khalid Sheikh Mohammad [KSM]. …

“During this period, Zubayda also described an Al Qaeda associate whose physical description matched that of Jose Padilla. The information led to the arrest of the slow-witted American gang member in May 2002, at O’Hare International Airport in Chicago. …

“Abu Zubayda disclosed Padilla’s role accidentally, apparently. While making small talk, he described an Al Qaeda associate he said had just visited the U.S. embassy in Pakistan. That scrap was enough for authorities to find and arrest Padilla” who was suspected of plotting a “dirty bomb” attack inside the United States (although he was never charged with that offense).

In 2009, Soufan broke his personal silence on the topic in an op-ed in the New York Times, citing Zubaydah’s cooperation in providing information about Padilla and KSM before the CIA began the harsh tactics. “It is inaccurate … to say that Abu Zubaydah had been uncooperative,” Soufan wrote. “Under traditional interrogation methods, he provided us with important actionable intelligence.” [NYT, April 23, 2009]

Nevertheless, Bush administration defenders have cited the information wrested from Zubaydah — who was waterboarded at least 83 times in August 2002 — as justification for the interrogation tactics that have been widely denounced as torture.

The problem of eliciting false intelligence was demonstrated by the handling of another al-Qaeda captive, Ibn al-Shaykh al-Libi, who responded to threats of torture by fabricating an operational link between Saddam Hussein’s government and al-Qaeda. It was exactly the kind of information that the Bush administration had been seeking to justify its desired invasion of Iraq.

By Feb. 11, 2003, as the countdown to the U.S. invasion progressed, CIA Director George Tenet began treating al-Libi’s assertions as fact. At a Senate Intelligence Committee hearing, Tenet said Iraq “has also provided training in poisons and gases to two al-Qa’ida associates. One of these associates characterized the relationship he forged with Iraqi officials as successful.”

But the CIA’s promotion of al-Libi’s information ignored the well-founded suspicions voiced by the Defense Intelligence Agency. “He lacks specific details” about the supposed training, the DIA observed. “It is possible he does not know any further details; it is more likely this individual is intentionally misleading the debriefers.”

The DIA’s doubts proved prescient. In January 2004, al-Libi recanted his statements and claimed that he had lied because of both actual and anticipated abuse. In September 2006, the Senate Intelligence Committee criticized the CIA for accepting al-Libi’s claims as credible. “No postwar information has been found that indicates CBW training occurred and the detainee who provided the key prewar reporting about this training recanted his claims after the war,” the committee report said.

Al-Libi ended up in a Libyan prison during the period when Col. Muammar Gaddafi was cooperating with the U.S. in hunting down “terrorists.” Al-Libi “committed suicide” just two weeks after being visited in the Libyan prison by a team from Human Rights Watch in April 2009.

The al-Libi case demonstrated one of the practical risks of coercing a witness to talk. To avoid pain, people often make stuff up, an obvious point that other truth-tellers also have noted. On Sept. 6, 2006, for example, Gen. John Kimmons, then head of Army intelligence told reporters at the Pentagon, in unmistakable language:

“No good intelligence is going to come from abusive practices. I think history tells us that. I think the empirical evidence of the last five years, hard years, tells us that.”

Gen. Kimmons is a rare species – a general officer with guts, not to mention an intelligence career focusing mostly on interrogation practices. He was well aware that President George W. Bush had decided to claim publicly, just two hours later, that the “alternative set of procedures” for interrogation – methods that Bush had approved, like waterboarding – were effective.

So the real experts say one cannot acquire “good intelligence” from torture, i.e. an empirical reality upon which to base sound policy. But what about bad intelligence, especially preferred bad intelligence? If your goal in 2002 and 2003 was to make a case showing operational ties between al-Qaeda and Iraq – when none existed – well, then, torture works like a charm.

Yet, Jose Rodriguez now seeks to rewrite this sordid chapter in the CIA’s history and put his own complicity in a more favorable light.

One could say his first major move in this cover-up came in 2005 when he ordered the destruction of videotaped evidence of these “enhanced interrogation techniques.” Surely, it is easier to soft-pedal the cruel reality of waterboarding and other abusive tactics if people can’t actually see the human suffering.

And, the Washington Post, which once basked in the glory of its investigation of the Watergate cover-up, now gives generous space for a practitioner of both waterboarding and destruction of evidence to make excuses without challenge.

Just think how Official Washington’s attitude toward respect for the law has degraded over the past three decades or so. Not even President Richard Nixon dared to destroy the incriminating tapes of Watergate, even though he knew only too well that the evidence on them would be his undoing.

Yet, Rodriguez never faced criminal charges for destroying 92 videotapes recording hundreds of hours worth of CIA black-site interrogation footage. Rodriguez ordered the tapes destroyed at precisely the time when Congress and the courts were intensifying their scrutiny of the CIA interrogation program. Yet – surprise, surprise – nowhere in Sunday’s Post is there mention of that felony fact.

Indeed, as Rodriguez and his torture-friendly colleagues seek to use the occasion of the new Hollywood blockbuster to burnish their image, they are getting a helping hand from neocon newspapers like the Washington Post.

To Read the entire essay 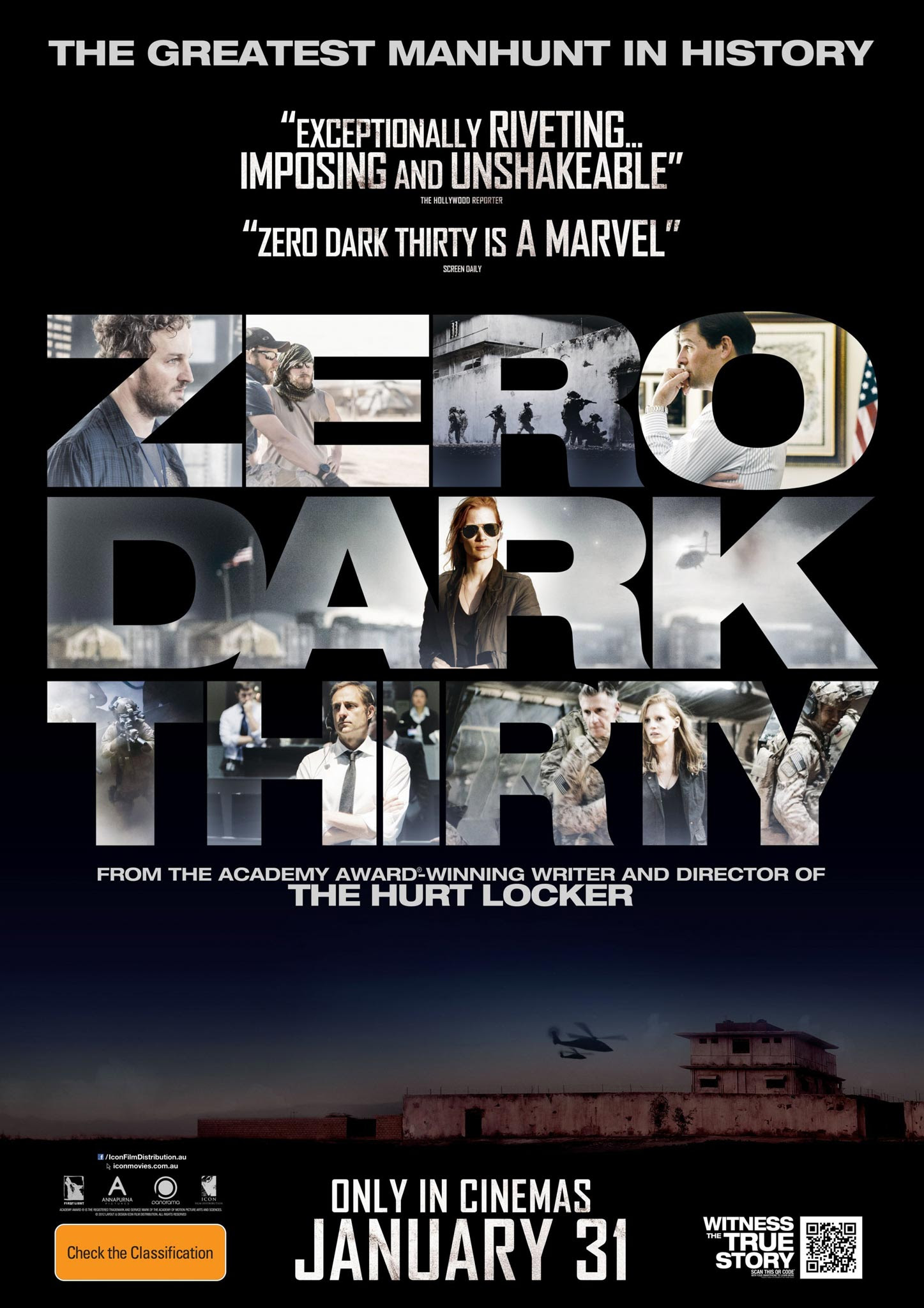 Posted by Michael Benton at 4:25 PM