Francine Prose: Books and Circuses - The Politics of Literary Scapegoating

Books and circuses: The politics of literary scapegoating
By Francine Prose
Harper's 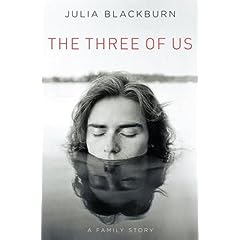 On nearly every occasion when I’ve been invited to speak about both fiction and nonfiction writing, someone has asked my opinion of the scandalous disclosure that James Frey had fabricated sections of his memoir, A Million Little Pieces. I reply that I’m puzzled that people seem more upset by a lie about how long a writer spent in rehab than a lie about whether Saddam Hussein had access to weapons of mass destruction. Inevitably, nervous laughter ripples through the room.

In fact, I couldn’t be more serious. Each time, I find myself wondering: Why isn’t the audience talking to one another, and to me, about how, for the past eight years, our government has deceived us about matters of huge consequence—the war in Iraq, the economy, the environment, Abu Ghraib and Guantánamo, real estate foreclosures, poverty, unemployment, the handling of the Hurricane Katrina tragedy? The list of falsehoods—and attendant tragedies—goes on. And our response is to tar and feather James Frey and Margaret Seltzer rather than Bush and Cheney, Rumsfeld and Gonzales.

Is the steady barrage of Big Lies so terrifying and numbing that Americans can only respond to the Small Lies? Compare the frenzy of self-analysis and self-castigation with which the publishing industry responded to news of the fabricators to the relatively restrained reaction of our government when faced with the demands of its own citizens: thoughtful publishers of false memoirs have offered to refund the two-figure expenditures of irate consumers—an option currently unavailable to American taxpayers who have been defrauded of billions.

Meanwhile, the pulping machines into which Ms. Seltzer’s publishers pitched her faux-memoir have been fueled by the more unsavory aspects of celebrity culture. Readers of Amazon.com reviews or literary blogs have observed the intensity with which authors are simultaneously admired and despised as liars by profession. It’s something like the ambivalence that sports fans appear to feel about the athletes whose understandable reluctance to tell the world they’ve been shooting up with steroids has been denounced as a threat to the morals of the nation’s youth.

Americans have difficult lives right now. Mortgages have exploded, kids are in Iraq. Who could blame anyone for wanting a good laugh and a satisfying shake of the head over the public shaming of an Eliot Spitzer, or, for that matter, a James Frey or a Margaret Seltzer?

Perhaps I should have explained all this to the young editor who sat beside me at a dinner party, and who—when I claimed I didn’t really care if the writer’s name was Jones or Seltzer, or if her memoir was true—reacted as if I’d said I didn’t care if Chinese-made pharmaceuticals were contaminated with poison. I almost told him, “It’s only a book,” but I thought that would have sounded strange, coming from a writer.

To Read the Entire Review Essay
Posted by Michael Benton at 2:20 PM