Damon Wise: Director Behn Zeitlin and Actors Quvenzhané Wallis and Dwight Henry on the Making of Beasts of the Southern Wild

Beasts of the Southern Wild: 'I didn't expect people to like it'
by Damon Wise
The Guardian

Filmed among the driftwood and insects of the Mississippi swamps, Behn Zeitlin's film is being hailed as an Oscar contender. The director and eight-year-old star recall making it 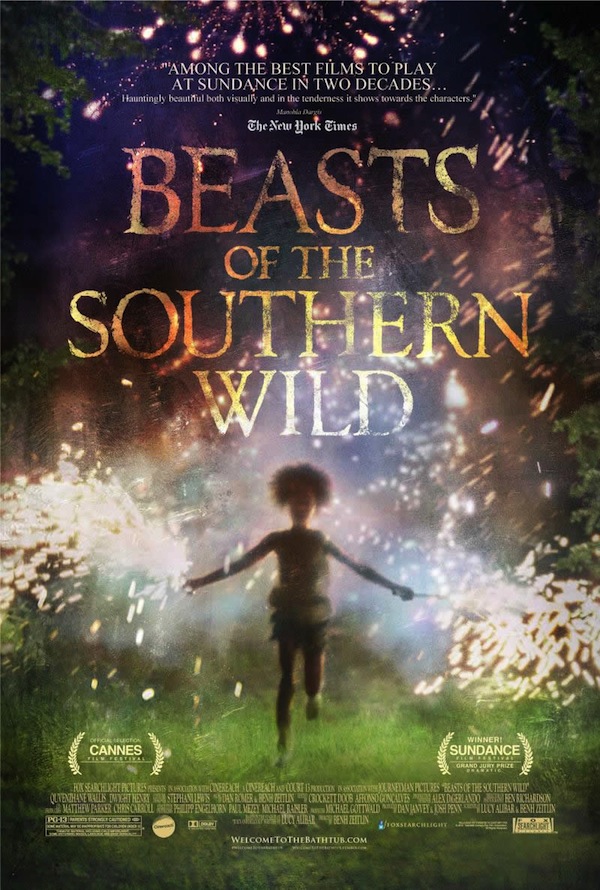 This "it" is Zeitlin's debut movie, Beasts of the Southern Wild, which premiered at Sundance in January and has since swept across the planet, today hitting Cannes just as a violent storm sweeps in from the sea. Which is an odd coincidence, since Zeitlin's film, loosely inspired by the events of Hurricane Katrina, is a rites-of-passage story that depicts a bizarre, primitive swampland flooded by rain. At the centre of it are Hushpuppy (Wallis) and her father Wink (Dwight Henry), two local residents transformed by Zeitlin's production team into grimy, shock-haired rebels who must fight for their hometown and resist attempts by the mainland to assimilate them.

Henry and Wallis, in their everyday lives, are unrecognisable. Henry, 49, is the refined, sharp-suited and very charismatic manager of successful New Orleans eaterie the Buttermilk Drop Cafe and Bakery; Wallis's only previous brush with acting was playing at being Selina Gomez and Nicki Minaj with her friends. Onscreen, their chemistry is total, as Wink, suffering from a fatal illness, tries to school his daughter in the ways of the world.

And this is no world that we know, a world of rust and nails, sumps and driftwood, feral animals and insects – an anarchic paradise. "The first scene we shot was my most difficult scene," drawls Henry, "and we shot it in the Mississippi river …"

"… In 40, 50-degree water, all day. Because Benh wanted everything to be as real as it possibly could be, even with the animals that we had. The pigs, the chickens …"

"Everything was real!" insists Wallis."They were untrained before we started, and they were only trained to do what we needed them to do. So everything you see is real. Benh could have gone to California, to New York, maybe gone and got an actor to play my part. But what he wanted was somebody who actually, in real life, went through what we go through in the movie, with storms and the like. I'm from New Orleans, and this is something we go through every year. We have to deal with the possibility of a storm coming in, evacuating – family goin' all different places – so having someone that has gone through this brings a realness. I was caught in hurricane Katrina. I was in …"

"Because I had two businesses," continues Henry. "And when things like that happen, vandals come to your business, they loot it. And I refused to let that happen. So when Katrina came, I stayed down there, and I had to get out of neck-high water to save my life! That was a real thing that I brought to the movie. Versus getting someone from Hollywood who's never been through these things."

To Read the Entire Article