Christopher Ryan and Cacilda Jethá: You Are What You Eat 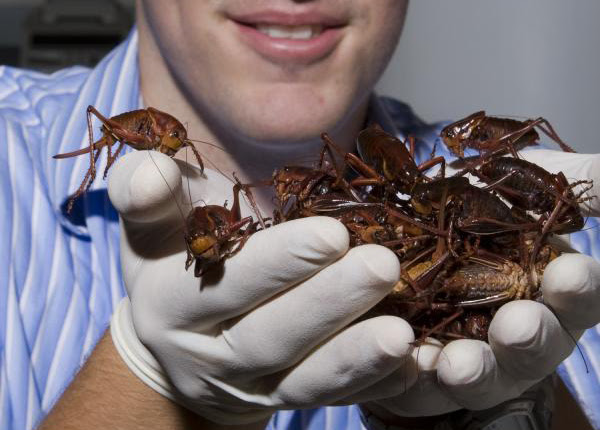 You Are What You Eat

Take food for example. We all assume that our craving or disgust is due to something about the food itself - as opposed to being an often arbitrary response preprogrammed by our culture. We understand that Australians prefer cricket to baseball, or that the French somehow find Gerard Depardieu sexy, but how hungry would you have to be before you would consider plucking a moth from the night air and popping it, frantic and dusty, into your mouth? Flap, crunch, ooze. You could wash it down with some saliva beer.How does a plate of sheep brain's sound? Broiled puppy with gravy? May we interest you in pig ears or shrimp heads? Perhaps a deep-fried songbird that you chew up, bones, beak, and all? A game of cricket on a field of grass is one thing, but pan-fried crickets over lemongrass? That's revolting.

Or is it? If lamb chops are fine, what makes lamb brains horrible? A pig's shoulder, haunch, and belly are damn fine eatin', but the ears, snout, and feet are gross? How is lobster so different from grasshopper? Who distinguishes delectable from disgusting, and what's their rationale? And what about all the expectations? Grind up those leftover pig parts, stuff 'em in an intestine, and you've got yourself respectable sausage or hot dogs. You may think bacon and eggs just go together, like French fries and ketchup or salt and pepper. But the combination of bacon and eggs for breakfast was dreamed up about a hundred years aqo by an advertising hired to sell more bacon, and the Dutch eat their fries with mayonnaise, not ketchup.

Think it's rational to be grossed out by eating bugs? Think again. A hundred grams of dehydrated cricket contains 1,550 milligrams of iron, 340 milligrams of calcium, and 25 milligrams of zinc - three minerals often missing in the diets of the chronic poor. Insects are richer in minerals and healthy fats than beef or pork. Freaked out by the exoskeleton, antennae, and the way too many legs? Then stick to the Turf and forget the Surf because shrimps, crabs, and lobsters are all anthropods, just like grasshoppers. And they eat the nastiest of what sinks to the bottom of the ocean, so don't talk about bugs' disgusting diets. Anyway, you may have bug parts stuck between your teeth right now. The Food and Drug Administration tells its inspectors to ignore insect parts in black pepper unless they find more than 475 of them per 50 grams, on average. A fact sheet from Ohio State University estimates that Americans unknowingly eat an average of between one and two pounds of insects per year.

Posted by Michael Benton at 8:17 AM