Vandana Shiva: Everything I Need to Know I Learned in the Forest

Today, at a time of multiple crises, we need to move away from thinking of nature as dead matter to valuing her biodiversity, clean water, and seeds. For this, nature herself is the best teacher. 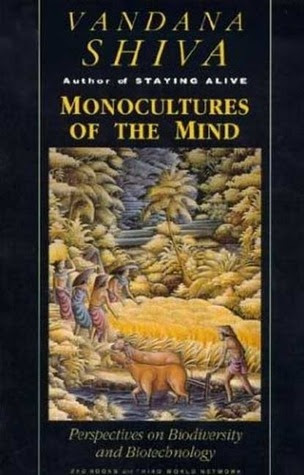 From Chipko, I learned about biodiversity and biodiversity-based living economies; the protection of both has become my life’s mission. As I described in my book Monocultures of the Mind, the failure to understand biodiversity and its many functions is at the root of the impoverishment of nature and culture.

Navdanya, the movement for biodiversity conservation and organic farming that I started in 1987, is spreading. So far, we’ve worked with farmers to set up more than 100 community seed banks across India. We have saved more than 3,000 rice varieties. We also help farmers make a transition from fossil-fuel and chemical-based monocultures to biodiverse ecological systems nourished by the sun and the soil.The lessons I learned about diversity in the Himalayan forests I transferred to the protection of biodiversity on our farms. I started saving seeds from farmers’ fields and then realized we needed a farm for demonstration and training. Thus Navdanya Farm was started in 1994 in the Doon Valley, located in the lower elevation Himalayan region of Uttarakhand Province. Today we conserve and grow 630 varieties of rice, 150 varieties of wheat, and hundreds of other species. We practice and promote a biodiversity-intensive form of farming that produces more food and nutrition per acre. The conservation of biodiversity is therefore also the answer to the food and nutrition crisis.

Biodiversity has been my teacher of abundance and freedom, of cooperation and mutual giving.

Rights of Nature On the Global Stage

When nature is a teacher, we ­co-create with her—we recognize her agency and her rights. That is why it is significant that Ecuador has recognized the “rights of nature” in its constitution. In April 2011, the United Nations General Assembly­—inspired by the constitution of Ecuador and the Universal Declaration of the Rights of Mother Earth initiated by Bolivia—organized a conference on harmony with nature as part of Earth Day celebrations. Much of the discussion centered on ways to transform systems based on domination of people over nature, men over women, and rich over poor into new systems based on partnership.

Separatism is indeed at the root of disharmony with nature and violence against nature and people. As the prominent South African environmentalist Cormac Cullinan points out, apartheid means separateness. The world joined the anti-apartheid movement to end the violent separation of people on the basis of color. Apartheid in South Africa was put behind us. Today, we need to overcome the wider and deeper apartheid—an eco-apartheid based on the illusion of separateness of humans from nature in our minds and lives.The U.N. secretary general’s report, “Harmony with Nature,” issued in conjunction with the conference, elaborates on the importance of reconnecting with nature: “Ultimately, environmentally destructive behavior is the result of a failure to recognize that human beings are an inseparable part of nature and that we cannot damage it without severely damaging ourselves.”

The war against the Earth began with this idea of separateness. Its contemporary seeds were sown when the living Earth was transformed into dead matter to facilitate the industrial revolution. Monocultures replaced diversity. “Raw materials” and “dead matter” replaced a vibrant Earth. Terra Nullius (the empty land, ready for occupation regardless of the presence of indigenous peoples) replaced Terra Madre (Mother Earth).

This philosophy goes back to Francis Bacon, called the father of modern science, who said that science and the inventions that result do not “merely exert a gentle guidance over nature’s course; they have the power to conquer and subdue her, to shake her to her foundations.”

Robert Boyle, the famous 17th-century chemist and a governor of the Corporation for the Propagation of the Gospel Among the New England Indians, was clear that he wanted to rid native people of their ideas about nature. He attacked their perception of nature “as a kind of goddess” and argued that “the veneration, wherewith men are imbued for what they call nature, has been a discouraging impediment to the empire of man over the inferior creatures of God.”

To Read the Entire Essay
Posted by Michael Benton at 1:28 PM