Mumia Abu-Jamal: "The United States Is Fast Becoming One of the Biggest Open-Air Prisons on Earth"
Democracy Now

In a rare live interview, Mumia Abu-Jamal calls into Democracy Now! as the new film, "Long Distance Revolutionary," about his life premieres in New York City this weekend. After 29 years on death row, he is now being held in general population at the Pennsylvania State Correctional Institution – Mahanoy. "How free are we today, those who claim to be non-prisoners? Your computers are being read by others in government. Your letters, your phone calls are being intercepted," says Mumia Abu-Jamal. "We live now in a national security state, where the United States is fast becoming one of the biggest open-air prisons on earth. We can speak about freedom, and the United States has a long and distinguished history of talking about freedom, but have we exampled freedom? And I think the answer should be very clear: We have not." In 1982, Mumia was sentenced to die for killing Philadelphia police officer Daniel Faulkner. He has always maintained his innocence and is perhaps America’s most famous political prisoner. In 2011, an appeals court upheld his conviction, but also vacated his death sentence. It found jurors were given confusing instructions.

Mumia Abu-Jamal, former death row prisoner. For decades, Abu-Jamal has argued racism by the trial judge and prosecutors led to his conviction for the killing of Philadelphia police officer Daniel Faulkner. Last year, the 3rd U.S. Circuit Court of Appeals set aside his death sentence after finding jurors were given confusing instructions that encouraged them to choose the death penalty rather than a life sentence.

To Watch the Interview

The new documentary, "Long Distance Revolutionary: A Journey with Mumia Abu-Jamal," premieres today in New York City. We play an excerpt of the film and speak to writer, producer and director Steve Vittoria, as well as Noelle Hanrahan of Prison Radio, who has interviewed Abu-Jamal many times over the years. The film features many supporters of Mumia, including actress Ruby Dee, writer Tariq Ali, and author Michelle Alexander.

Stephen Vittoria, longtime documentary filmmaker. Most recently, he is the writer, director, producer and editor of Long Distance Revolutionary: A Journey with Mumia Abu-Jamal. The film premiers in theaters in New York City Feb. 1-3. We recently featured his 2005 documentary, One Bright Shining Moment, about Senator George McGovern.

Noelle Hanrahan, director of Prison Radio and a producer of Long Distance Revolutionary.

To Watch the Conversation 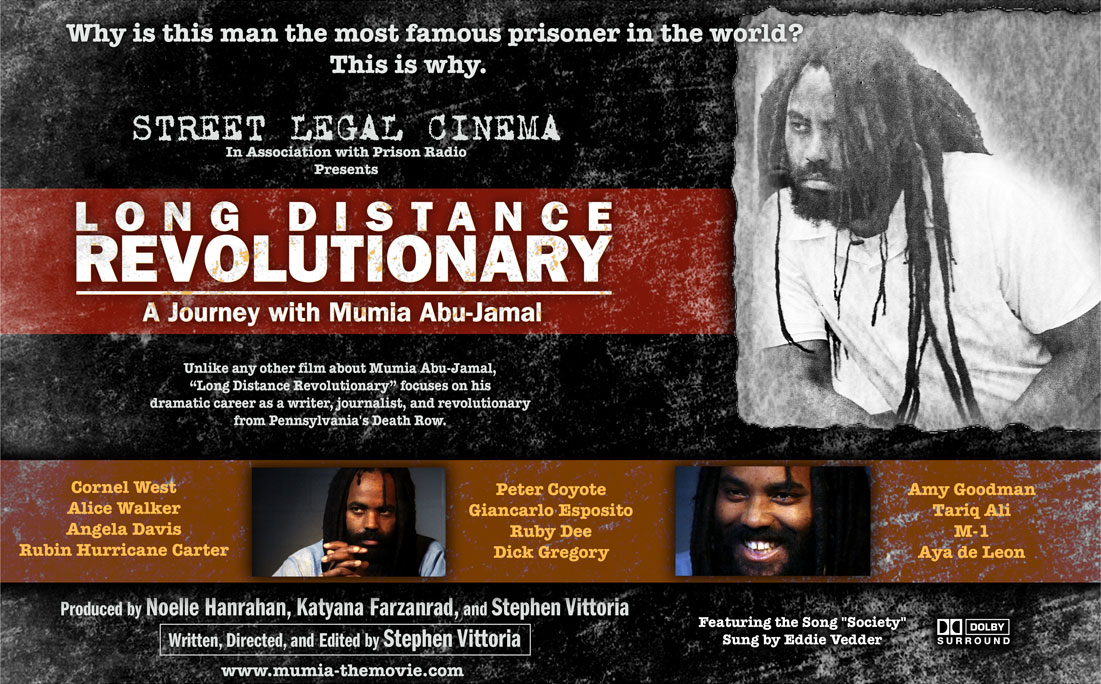