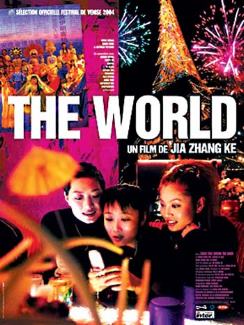 Just as China has the largest population in the world, its citizens speak a bewildering array of dialects (fangyan) and languages (yuyan). In modern times, new communication technologies such as radio and film potentially promise to speak to the ears of all citizens in the nation-state. But what language should be used as the standard for all citizens? As a modern and modernizing media, cinema could mold and unify the language of the nation. In this regard, unsurprisingly, language and dialect have been a particularly important issue in Chinese cinema from early twentieth century to the present time. Indeed, the use of a specific dialect in a film pertains to nothing less than the symbolic construction of the modern Chinese nation-state. As Chinese film historians well know, the Nationalist Party (Kuomintang, or Guomindang) in Nanjing established a film censorship board soon after its unification of China in 1927. The Republic of China stipulated that Mandarin be the lingua franca of Chinese cinema and banned the use of local dialects such as Cantonese. A unified China must have a unified Chinese language. As a result, Cantonese-language cinema could only be made outside the sovereignty of the Chinese nation, the island of Hong Kong.

When the Republic of China relocated itself to Taiwan after the end of Japanese colonial rule, the Mainlanders who wielded power in Taiwan established Mandarin as the island's official dialect. Two parallel cinemas existed in Taiwan: Taiwanese (Hokkienese)-language cinema and Mandarin cinema. After the Nationalist Party's decline in power, and with the rise of pro-independence, separatist sentiments in Taiwan since the late 20th century, the Taiwanese dialect has gained importance in all walks of life, even in Presidential politics. Utilizing a variety of languages and dialects, Taiwanese New-Wave filmmakers such as Hou Hsiao-hsien have also consciously explored the intricacies of Chinese/ Taiwanese politics and history by featuring a variety of dialects in some of their films, most notably in City of Sadness (Beiqing chengshi), where a profusion of dialects and languages: Mandarin, Hokkienese, Hakka, Shanghainese, and Japanese, are all heard. Moreover, the film's protagonist is a deaf-mute photographer who is incapable of speaking any of the Chinese/Taiwanese dialects. This situation thus further questions what ought to be the common mother tongue of Taiwan.

In the case of Hong Kong after 1949, we may also speak of two parallel cinemas: Cantonese-language cinema and Mandarin cinema. Although the dominant cinema in early days, Mandarin cinema gradually lost to the ascendancy of Cantonese-language cinema as a result of broad social and demographic changes, namely indigenization movements, or “Hong Kongization” from the 1970s onward.

In the People’s Republic of China, official film policy has dictated that Mandarin be the standard language of film despite the great variety of existing Chinese dialects within the nation. The overwhelming majority of films made in China have used Mandarin indeed. However, starting in the post-Mao era of “Reforms and Openness,” a variety of film production practices have emerged, and language politics has become more diversified. The usual stipulation solely to use Mandarin is now and then ignored. Even official mainstream (zhu xuan lü) films depicting the lives of the country’s former leaders often use the local dialects of the particular characters. For instance, the actor for Mao Zedong speaks a Hunan dialect in the way Mao himself spoke during his life. By doing this, the actor Gu Yue established himself as a famous household name because his film character looked like Mao and spoke like Mao. In such cases, the use of local (“unfamiliar,” “quaint”) dialects creates an atmosphere of realism, or in the case of comedy, elicits audience laughter. Meantime, self-conscious arthouse filmmakers also employ local dialects to achieve specific aesthetic effects.

Outside the Chinese sovereign state (Republic of China or People’s Republic of China), the question of Chinese dialect is still a thorny issue. China cum nationhood may be no longer relevant, but questions of ethnicity, Chineseness, and multiculturalism loom large. For example, Singapore, an independent non-Chinese country run by an ethnic Chinese elite, its language policy, and its cinema bring up a new set of issues in the study of Chinese-language cinema.[1] [open endnotes in new window] Furthermore, at the turn of the twenty-first century the widespread production and circulation of Chinese-language films outside the Chinese nation-state in the diaspora and the world further complicate language politics in cinematic discourse.

This essay aims to explore the use of dialects in varieties of Chinese-language films in the early twenty-first century. I briefly examine such diverse films as

* Viva Tonal: The Dance Age (Taiwanese documentary 2003), which hinges on a notion of local modernity based on the Fukienese/Taiwanese dialect in early 20th-century Taiwanese popular songs;

* a mainland Chinese arthouse film The World (2004) by Jia Zhangke, whose works have developed a dialectal film aesthetics based on the Shanxi dialects of Fenyang and Datong;

* Feng Xiaogang’s new-year films Cell Phone (2003) and A World without Thieves (2004) where some key characters speak provincial dialects; and

* Zhang Yimou’s pan-Chinese films Hero (2002) and House of Flying Daggers (2004), which employ a cast of stars from Greater China who all speak Mandarin.

I analyze how such films articulate distinct visions of China as nation-state or Chineseness as ethnicity. The films address different audiences and embody various conceptions of China. How a film employs specific local and provincial dialects, or does not, is an important marker of a film's cultural imaginary, be it about local Taiwanese identity, the moral economy of the mainland Chinese nation, or historico-cultural China. Overall, I lay out a spreadsheet of the typography of different dialectal strands in contemporary Chinese-language film production. These relate to identity-formation at various levels: local, national, subnational, supranational, and global.