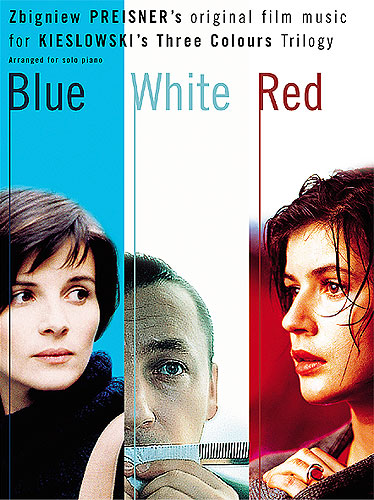 A filmmaker preoccupied with similarities and paradoxes, Krzysztof Kieslowski’s own career seems to have slowly inverted over the years from one centered on political realities to one of effervescent abstraction. Upon closer examination, however, both ends of his career focus on human individuals struggling to reconcile daily life with its cultural myths—be they Communist propaganda, Biblical proverbs, or French revolutionary slogans. If the people and characters of his films are rarely explicitly aware of their ideological projects, the viewers often are, through Kieslowski’s considerable filmmaking savvy and marketing conceits. A powerful storyteller, Kieslowski undermined the ordered world of his documentary descriptions and high-concept anthologies with the complex, often disillusioning lives of his central protagonists—a dialectical portrait of life oscillating between pessimistic deconstruction and an affection for human resilience.

After World War II, due to his father’s ongoing struggle with tuberculosis, Kieslowski’s family moved through many small towns and sanatoria in the Regained Territories of Communist Poland. With very little money to spare (his mother was an office clerk), Kieslowski’s parents would send him and his sister to sanatoria for children (“preventoria”) to take advantage of the free room and board. For his part, Kieslowski, who also suffered from weak lungs, remembered spending a lot of time in bed, reading books and learning that “there was more to life than material things which you can touch or buy in shops.” (1)

A non-committed student, Kieslowski simply wanted to begin a career. His father persuaded him to enrol in the local firemen’s college during his teenage years—a trick of reverse psychology which exposed him to a difficult profession and successfully ignited his desire for an education.

Kieslowski’s father finally succumbed to illness and died at the age of 47. A distant uncle directed the College for Theatre Technicians in Warsaw, so Kieslowski enrolled. He subsequently fell in love with the theatre and decided to become a director, but in order to enter the program, first had to complete studies in another field. He chose film directing because he thought it would be related to the theatre, but failed his entrance exams to Lódz Film School two successive years in a row. During this time, he starved himself and faked psychological instability to avoid military service, which reminded him of the regimented life of the firemen’s college. He supported his family through various jobs, from office positions to theatrical tailoring (where he met many actors who would later work for him), and dabbled in poetry and drawing.

After his third annual attempt, Kieslowski was finally admitted to the school. Lódz had been one of the few Polish towns spared from bombardment during the war. The film school was founded in 1948 for Stalinist propaganda, but it had developed a reputation for its liberal curriculum, which included rare screenings of international cinema and courses in film theory, as well as the production of fiction and documentary films. The school launched the careers of such filmmakers as Andrzej Munk, Andrzej Wajda, Roman Polanski, Krzyzstof Zanussi, and Jerzy Skolimowski.

The Lódz curriculum was certainly Kieslowski’s first serious exposure to cinema. “A number of films have stayed in my memory simply because they’re beautiful,” he later recalled. “I always said that I never wanted to be anybody’s assistant but that if, for example, Ken Loach were to ask me, then I’d willingly make him coffee. I saw Kes at film school and I knew then that I’d willingly make coffee for him.” (2)

In what was to be one of several key disillusionments which would affect the course of his career (including the firemen’s college, he would also abandon documentary filmmaking and, ultimately, filmmaking altogether before the end of his life), Kieslowski was no longer enthused by the theatre—a golden age beginning in 1956 had, according to him, petered out by 1962. (3) His training at Lódz thus became the foundation for his career. (Several of his student films are now available on the Region 1 DVD of White.)

After writing a thesis entitled “Reality and the Documentary Film” which proposed that reality was stranger—and much more dramatic—than fiction, he graduated in 1968, during a time of heated political dissent and resistance. Internal rivalries within the Party prompted an ideological clampdown on cultural events and the resulting student demonstrations, violently repressed, were blamed on Zionist instigators. Many Jews were expelled from Poland, including members of the intelligentsia and even some of the faculty at Lódz Film School.