The Beast With Nine Billion Feet: "It's basically a framing problem." 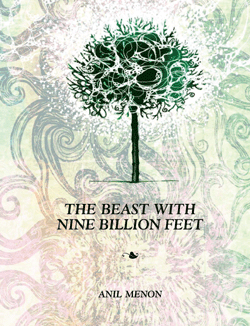 "Any traction on Pure Grain?"

She smiled at his attempt to change the topic. "Yes and no. The current coalition--the Progressives--is not a problem. But if Vermillion comes to power in the next elections, as is likely, it'll be much more difficult. They swore left and right, up and down, that they'll crack down on gene-engineered food. Trouble is, they're the kind of politicians who mean what they say. Pure Grain is about as gene-engineered as you can get. So I may have a situation. But I'm sure they'll be reasonable. An extra rupee in your pocket is an extra rupee in your pocket, no matter what your ideology. It's basically a framing problem."

She was silent for a few seconds. "It's a way to influence impressions. Suppose I introduced a rice variety called Atomic Rice: would you eat it? Exactly. It reminds you of mutants and radioactivity and Hiroshima. But what if I call it Ayurvedic Rice and backed it up with Sanskrit slokas, white beards and ancient texts? Doesn't it taste much better now? See how the label frames the item? It's still the same thing, but it's much harder to lead marches against Vedic goodness. Humans don't really see anything until you put a frame around it."

"But your opponents can re-frame."

"Sure, let them go after the second, third and fourth impressions. I only want the first. First impressions last a long time." She smiled. "It is much easier to fight a war of impressions than a war of ideas, Adi."

He gazed out the window. "So ideas don't matter? It's all just wordplay? Doesn't matter whether Pure Grain is really better? It's just a matter of the right con."

"Of course not. You can frame a spear all you want, but it is useless against a gun. I was watching you with the lepers, Adi. Why weren't you afraid like the others?"

"Exactly. They were afraid of leperosy. But you weren't afraid of Hansen's disease. It's not just a matter of changing names. You also knew more. You saw deeper than they did. What I am saying is that knowledge is all that matters. Everything else is up for grabs. If you want to fight for ideas that matter to you, you must pick the right words. People need things to be true, good, right, moral and so on. These words are Trojan horses into people's brains. Anything can be sneaked in if you own these words." (70-71)
Posted by Michael Benton at 7:00 PM