We hear a talk from our own Michael Ratner who spoke at the James A Little Theater in Santa Fe, New Mexico. He was also in conversation with radio host Mary Charlotte Domandi. The event was titled - Ten Years after 9/11: War, Operation American Condor (Guantanamo) , Civil Liberties and Hope.” Michael is introduced by Mary-Charlotte Domandi producer and host of the Santa Fe Radio Cafe on KSFR 101.1 FM (Santa Fe, NM, Public Radio)

Michael Ratner is President of the Center for Constitutional Rights (CCR) in New York and the European Center for Constitutional and Human Rights (ECCHR) in Berlin. Both are non-profit human rights litigation organizations. He was part of the small group of lawyers that first took on representation of the Guantánamo detainees in January 2001, a case that resulted in a victory in the Supreme Court in 2004. CCR established a network of over 600 pro-bono lawyers to represent Guantánamo detainees and continues that work.

He has filed criminal complaints in the courts of Germany, France and Spain against former US officials including Secretary of Defense Rumsfeld seeking the initiation of criminal prosecutions against them for the Abu Ghraib abuse and torture as well as for their actions at Guantánamo. Recently, CCR and ECCHR prepared papers to file in Switzerland against George W. Bush for torture. As a result Bush canceled his trip. A major area of Mr. Ratner’s litigation and writing is the enforcement of the prohibition on torture and murder against various dictators and generals who travel to the United States. He has sued on behalf of victims in Guatemala, East Timor, Haiti, Argentina, among other countries. He has also litigated numerous suits to prevent or stop illegal US wars ranging from Central America to Iraq. A constant in his work has been litigation against government spying and surveillance of activists. 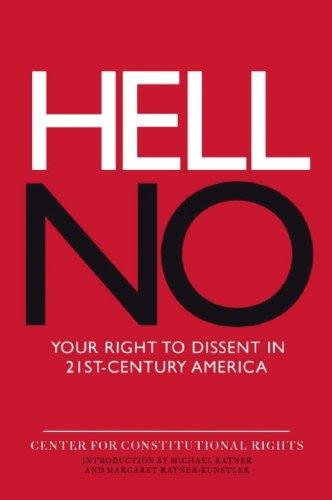 Michael Ratner’s books, authored or coauthored, include the soon to be published, Hell No: Your Right to Dissent in 21st-Century America (2011) and Killing Che: How the CIA Got Away with Murder (2011). Other books include International Human Rights Litigation in U.S. Courts, Second Edition (2008); Against War with Iraq (2003); Guantánamo: What the World Should Know (2004); and The Trial of Donald Rumsfeld: A Prosecution by Book (2008). Ratner has taught human rights litigation at Yale and Columbia Law Schools. A past president of the National Lawyers Guild, Ratner has received many awards including Trial Lawyer of the Year, the Columbia Law School Medal of Honor (2005), the North Star Community Frederick Douglass Award, Honorary Fellow at the University of Pennsylvania Law School (2005), and The Nation Institute/Puffin Foundation Prize for Creative Citizenship (2007). In 2006, the National Law Journal named Ratner one of the 100 most influential lawyers in the United States.

There is a sprawling hidden world of counter-terrorism organizations growing beyond control in the United States. Twenty-four of them were created by the end of 2001, including the Office of Homeland Security and the Foreign Terrorist Asset Tracking Task Force. The next year, 37 more were created to track weapons of mass destruction and collect threat tips. By 2009, nearly 260 organizations were created as 854 thousand civil servants, military personnel and private contractors with top-secret security clearances monitor national security concerns. However, according to a report from the Public Research Associates, those same concerns have bolstered a class of self-proclaimed terrorism experts who decry Islam as an evil religion of terrorists and routinely brand Muslims as primitive, vengeful, duplicitous, and belligerent people who oppress women and gays, and have values irreconcilable with “western Judeo-Christian civilization.”

In fact, when PRA discovered earlier this year that the Massachusetts Bay Transportation Authority (MBTA) had contracted with Security Solutions International to con­duct a training on radical Islam, they noti­fied the Muslim American Society, ACLU, and our other advocacy partners, who used PRA’s research to compel the MBTA to cancel the agency’s training.

As part of the Homeland Security Initiatives and working with the FBI in other aspects of the national security apparatus, there was a need to train thousands as part of a local state and federal counter-terrorism “experts.”
Some of these trainings are quite good. The problem is that there are a handful of groups that train hundreds and hundreds of local, state and federal counter-terrorism experts, with rhetoric that is basically Islamophobic.
In the late 1970s there was an attempt to restrain this illegal surveillance. I’d have to say right now it’s worse.
What used to be done illegally and covertly is now done ostensibly legally and openly and in fact proudly by both Democrats and Republicans who should be ashamed.
The whole strategic suspicious reporting initiative which basically is a pipeline for unverified rumor and innuendo through local police departments up through a chain of information agencies to the federal government. We know in Europe this kind of reporting is unconstitutional and bad for society.
Now, everyone that was considered illegal and unconstitutional for which there were Congressional hearings and reforms under Jimmy Carter, now we do it.
In proper training that is actually looking for criminal activity, not people of color who wear garb that we’re scared of. What’s going on here is untrained, badly trained officers are reporting the names of people up into a huge infrastructure of information data storage, based on bias they’ve not been trained to resist or confront within themselves.
We described this whole process as a platform for prejudice in a report by Tom Cincotta
Tom has on his wall a wall chart of all the agencies of this information reporting system and it has 150 dots so inter-connected, no one can control this.
I’m urging people to form broad coalitions across the political spectrum.

Guest – Chip Berlet, (senior analyst) is a veteran freelance writer and photographer who specializes in investigating right-wing social movements, apocalyptic scapegoating and conspiracism, and authoritarianism. A PRA staffer since 1982, he has written, edited and co-authored numerous articles on right-wing activity and government repression for publications as varied as the Boston Globe, the New York Times, The Progressive, The Nation, The Humanist, and the St. Louis Journalism Review.

To Listen to the Episode
Posted by Michael Benton at 1:31 AM