Marcia Ball - Drawing from masters like Professor Longhair and Etta James, Texas-born Marcia Ball has patented a blend of rolling New Orleans piano, Louisiana Swamp rock and smoldering Texas blues. After becoming one of the standard bearers of the Austin music scene, she went on to play clubs and festivals throughout the U.S. and Europe. The singer/pianist has also recorded with Irma Thomas, Tracy Nelson, Lou Ann Barton and Angela Strehli, and appeared on NBC’s "Today Show" and "The Late Show with David Letterman." She also was featured in the Clint Eastwood-directed "Piano Blues" which was included in Martin Scorsese’s "The Blues" series which aired on PBS in 2003. Released in 2008, "Peace, Love & BBQ" (three of Ball’s favorite things) was produced by the late Stephen Bruton and featured guests Dr. John, Wayne Toups, Tracy Nelson and Terrance Simien. Ball penned eight of the disc’s 13 tracks. 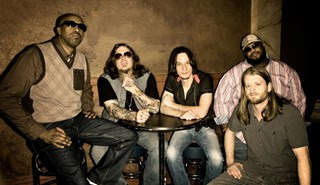 Hill Country Revue - While the Mississippi Allstars take a much-deserved break, members Cody Dickinson and Chris Chew have embarked on a project called Hill Country Revue. Formed by Cody in 2008, it features Chew, Kirk Smithhart (who was awarded The Albert King award for "Best Guitarist" by the Blues Foundation when he was 19), Ed "Hot" Cleveland and Dan Coburn (Dixie Hustler). The band’s debut, "Make a Move," features material written by Garry Burnside, youngest son of legendary Mississippi bluesman R.L. Burnside. With a mix of raw blues and classic Southern rock, the band has labeled itself "the modern blues band for the new generation."

Cracker - Combining a post-punk mind set with country-tinged roots rock, Cracker emerged as one of the first great bands of the ‘90s. Signed to Virgin Records, the group cracked the mainstream market with songs like "Low," from 1993's gold-certified "Kerosene Hat." After nine releases, the current lineup features longtime drummer Frank Funaro (The Dictators, Joey Ramone) and bassist Sal Maida (Roxy Music, Sparks). "I See the Light" (from Cracker’s 1992 self-titled release) is currently featured in the new Jack Black spoof, "Year One." Meanwhile, "Turn On, Tune In, Drop Out" from the band’s new release, "Sunrise In The Land Of Milk And Honey," is nearing the Top 10 on the Triple A chart. This September marks the 5th Annual Cracker Camper Van Beethoven Campout in Pioneertown, CA.

Maia Sharp - The daughter of country songwriter Randy Sharp, Maia Sharp captured the attention of manager/record label mogul Miles Copeland who, in 1977, signed her to his new Ark 21 label. Since then, her tunes have been recorded by Cher, Kim Richey, Bonnie Raitt, Carole King, the Dixie Chicks, Art Garfunkel, Keb’ Mo’, Terri Clark, and Trisha Yearwood. Before she was a teenager, Sharp was already mastering piano, guitar and saxophone and, following in the footsteps of her father, was soon performing original material in local clubs. Her releases garnered praise and airplay, and in 2005, Bonnie Raitt’s "Souls Alike" contained three of Sharp’s songs including the single "I Don't Want Anything To Change." After tapping her for part of her touring band, Raitt offered: "Maia is making some of the most innovative and soulful music around with songs that are head and shoulders above the rest. She has become one of my favorite artists."

Other Lives - Based in Stillwater, OK, Other Lives draws inspiration from modern classicists like Johann Johannsson and Arvo Part to folksy, Midwestern rock. Together for five years, Other Lives signed to the California-based TBD label (whose small roster includes Radiohead and Underworld). With production by long-time Beck producer Joey Waronker, the band’s first single "Black Table" was used in the 2008 season premiere of "Grey's Anatomy.

To Listen to the MP3 of the Show
Posted by Michael Benton at 7:53 AM